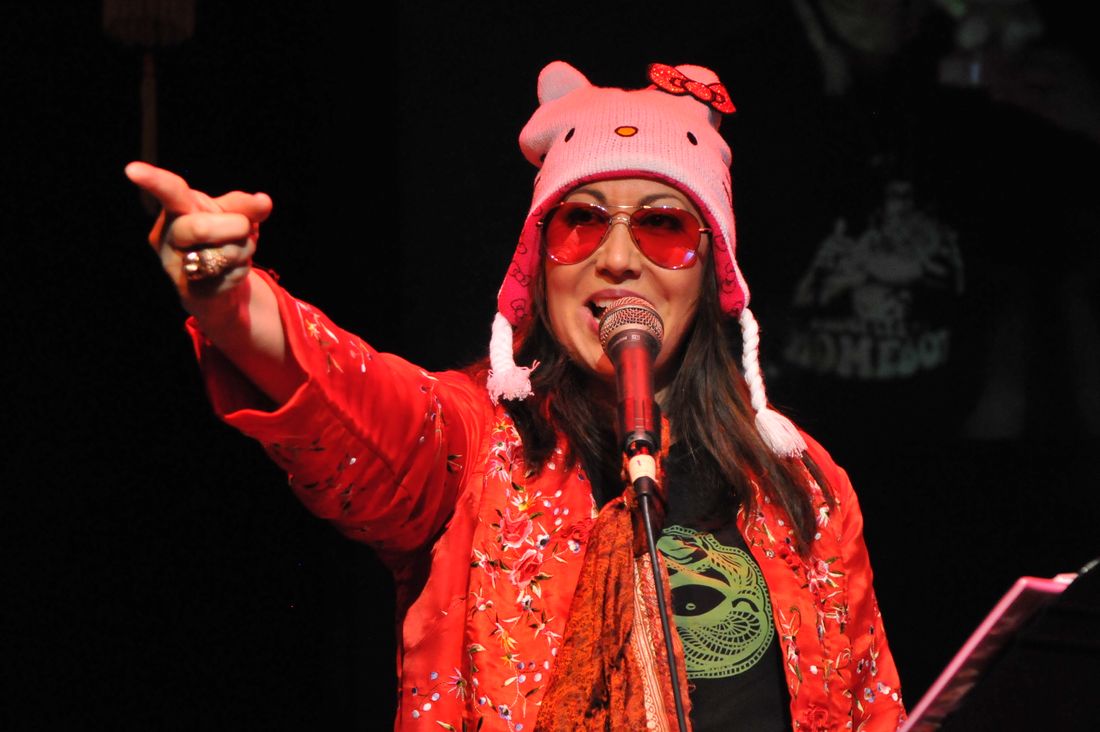 Kate Rigg is one of New York's most celebrated solo performers and comedians.   She  was a comedy correspondent on “The Dr. Phil Show” for 3 seasons and created the hit comedy-competition shows “Dance Your Ass” off for Oxygen TV and "Cache Craze" for YTV and Disney XD. She has done stand-up on Showtime, Comedy Central, NBC Late Friday, PBS, CTV, City-TV, Sex TV (for a special on Dragon Ladies).  Her voices have been heard on Fox's Faimly Guy and she has created 2 comedy based TV shows in the US (Dance Your Ass Off and Cache Craze). She is also an accomplished actor and writer who is partial to dirty jokes.

Lyris Hung has played electric violin with Bono, Jay-Z, Trans Siberian Orchestra, Toshi Reagon, Suzanne Vega, Bryan Adams, and now tours regularly with the Indigo Girls. She is the lead artist in the Death Metal band Hung. Because she plays that violin like it’s a hardcore killer queen electric guitar axe. Except when she’s with folk music lesbians. Then it’s more like a fiddle.

“Silly, provocative entertainment from a perspective rarely given
play in our selectively cutting-edge culture” --Huffington Post

CHECK OUT SOME OF OUR PRESS:

Asian American News does a preview of the show

Theater is Easy calls the show Refreshing and hilarious

Theater in the Now says it's hilarious and sure to please

LaMama Blogs interview with Kate and Lyris about the live show