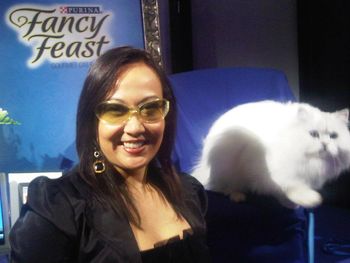 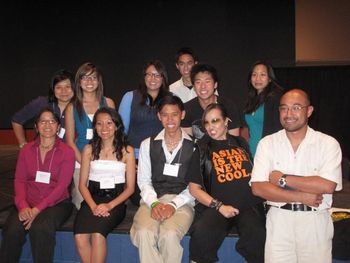 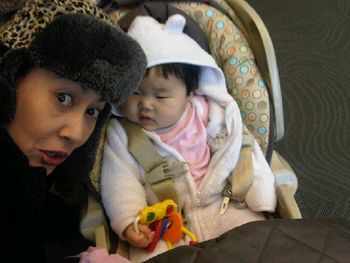 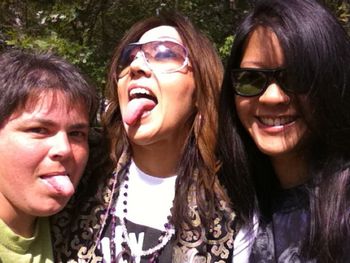 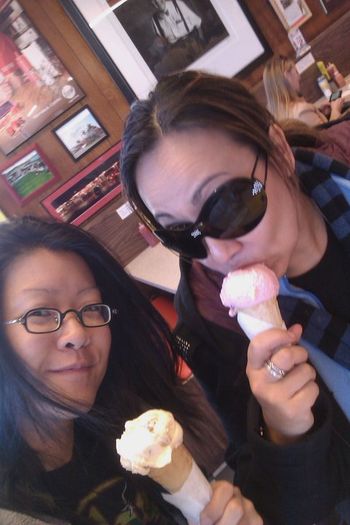 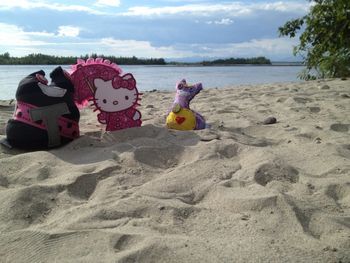 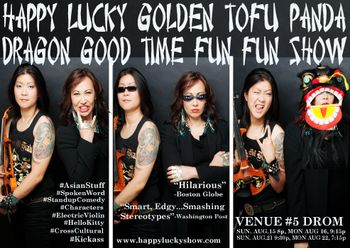 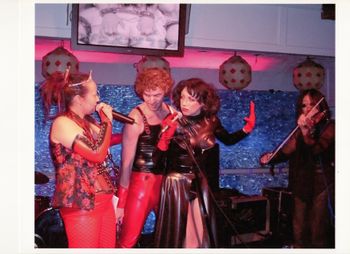 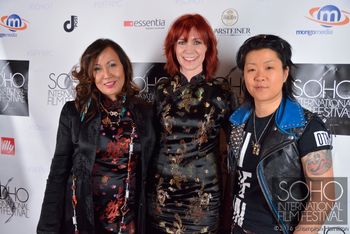 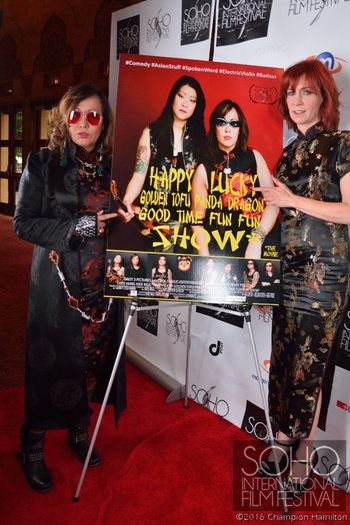 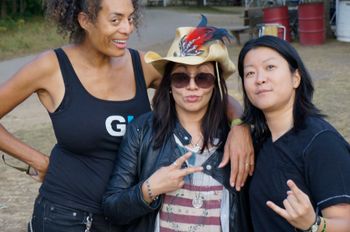 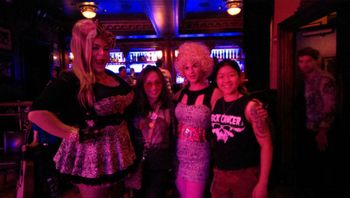 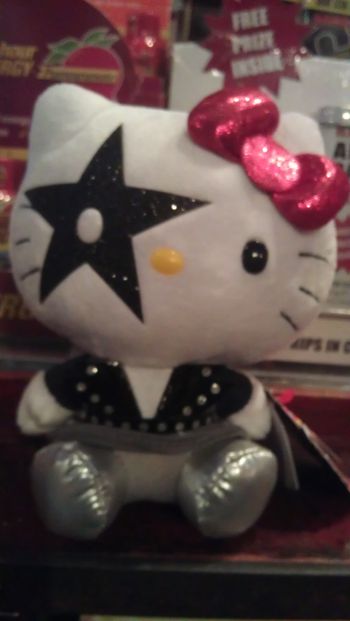 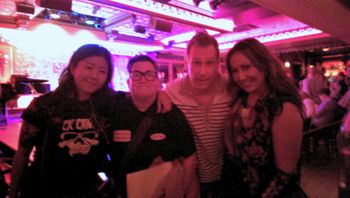 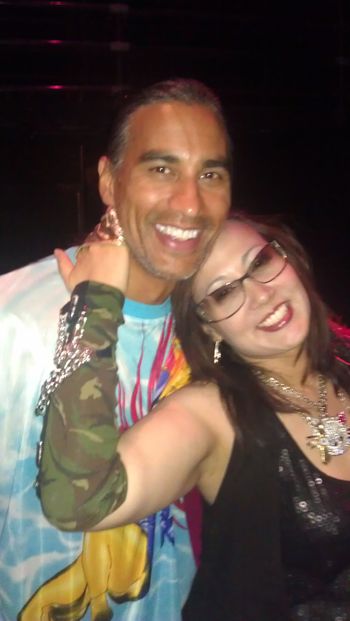 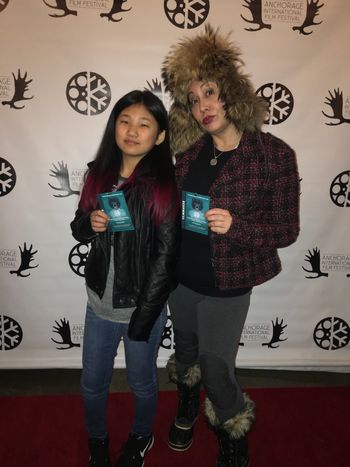 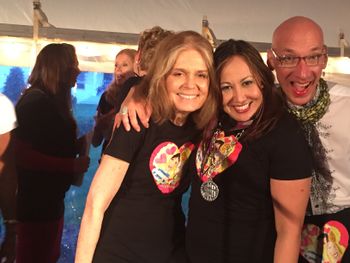 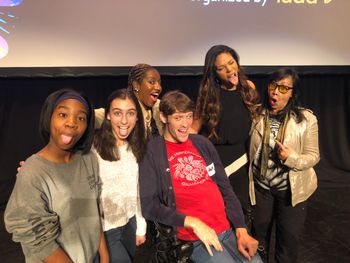 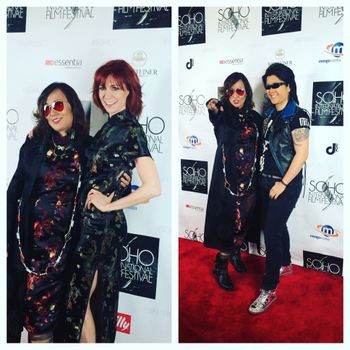 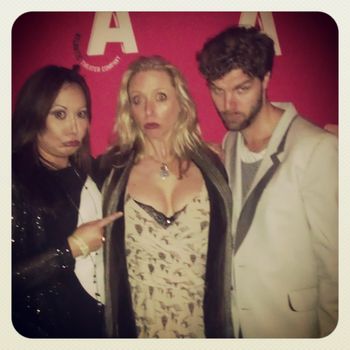 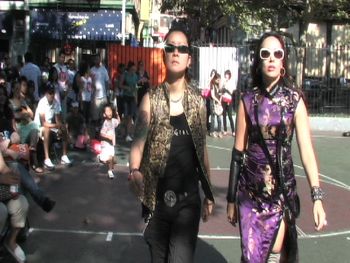 Everyone Asian in my social newsfeed which is a lot of people, were all simultaneously jizzing and crying when Crazy Rich Asians came out and  again when it hit the record breaking box office numbers it did. Most successful studio Rom Com in 9 years! First all asian cast in studio film in 25 years! Best labor day weekend release of all time! Everyone says Asians love doing math and this time they certainly did.  The "finally" part came through in the #goldopen trending hashtag that circulated in our networks to encourage people to buy tickets, multiple tickets to send a message to the studios about the bankability of Asian product.
1. FINALLY we are seen as part of the pop culture conversation and we needed a fun funny light rom com to do it. NEEDED that. Before this the vibe was "oh you are asian so do a, you know exotic story about Asian Stuff." Something serious that justifies you taking up screen time. About Asian Stuff. Like a college class you will force audiences to take about asian-ness. (But no interest in a story about things everyone can relate to like love, and greed and mean girls. Led by Asians) or "There is an Asian lady part in this so we need an Asian person to tell this part of the story." (Not, There is a lady character let's see if we can cast an American who happens to be Asian to embody her story. ) so finally our Asianness didn't have to be plot point or a piece of exoticism or stunt casting.
2. FINALLY Asians had a clear platform on which to prove the Money Talks Bullshit Walks thesis of all American business and media. There was no ignoring these numbers and everyone celebrated out collective success at being seen as human persons with love and mean moms and hot guys and drunk parties. And no one had to do martial arts.
3. FINALLY my colleague Lyris Hung said "finally a movie where i don't feel like an outsider looking in at other peoples lived experience and trying to localize myself in it. I grew up in Connecticut. I am an American. But nobody ever sees me as that."
4. FINALLY a studio also had to acknowledge an audience wanting to see fun cool scripts made with or, WITHOUT "name stars". Everyone in that cast meant something to us and there were familiar faces. But no one was a marquee blockbuster star and a lot were pretty unknown.  Surprise! a good movie works with passionate, talented people in it!
I don't have a point other than to echo the op ed in the new york times that says we need more like this, including and perhaps especially crazy normal mundane and even mediocre Asian American films and stories. The right to tell a just ok, just amusing, not earth shattering story seems o be the domain of the shite privileged mucky mucks who run the entertainment business. And David Spade. We should be able to have our own David Spades and you know sort of Ok actors who make us laugh. Or do a two hour movie staring into the camera which everyone knows sucks but still wins oscars. We get to suck and be great with the same freedom as the white people. That's equality!

ALOHA AND CASTING ALL THE WHITE PEOPLE AS ASIANS 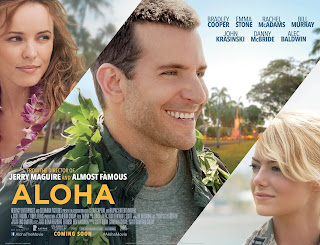 A lot of casting Asians to play Asian roles controversy has come up in the last year. When I saw the poster for Aloha and saw blonde hair blue eyed movie stars standing in front of the Hawaiian landscape pleading with their eyes for us to all give a shit about their romantic mishaps and misunderstandings I rolled my eyes and thought about how another opportunity to put beautiful brown people got eaten up by the machine. Then people started freaking about how a character in there played by Emma Stone (blonde/blue) is actually called Allison Ng is part chinese and reps Hawaiian culture. They bitched about it so much that Cameron Crowe said whoops my bad then pointed to all the native Hawaiians he gave jobs by shooting there. It reminds me of british colonials saying how grateful the Indians were that they had jobs being their servants. It also reminded me of people in turn of the century france and En saying where is MY all American and they are not wrong.  But Hollywood is a business. They look at numbers As I said on facebook:
gland putting on chinesey looking dresses and decorating with enamels and that beginning the orientalist craze. The brouhaha about casting is also about just generally feeling unseen. If I describe the cast of Aloha as typically “all American” the Asian americans who have been paying taxes and buying movie tickets and getting fat off fast food just like everyone else are
“Just as banks are a business. a bank doesn't care if you achieve your life's dream to own a house with a white picket fence. They care about fees bonuses and their personal portfolios. Hollywood does not care about your dream to be represented or have your story told. They care about selling tickets and the way they do that is by making you "aspire" to something (something more beautiful than your humdrum life somemething more noble, rich, etc.) Once in a while by accident an artist peeps through with a story that "matters" but mostly its a cash proposition. Emma stone did not audition for the role of Allison Ng. It's a lead. It was an offer and the conversation was like "who can we get on this list who will sell tickets." And by the way the foreign sale, the sale of the american dream to all the ticket buyers overseas is an Abercrombie and Fitch type play-- the utopian white unattainable romantic white america. You think my relatives in indonesia care if the cast of the movie looks like them? Nope they WANT to see white people because they have been taught for decades that THAT is beautiful and desirable. so listen all ye outraged artists and activists. You want to see more roles for asians? You want Hollywood to expand its terribly narrow view of what is beautiful START COMING TO SEE MY SHOWS. START GOING TO SEE ASIAN PLAYS IN GENERAL. BUY TICKETS TO MOVIES STARRING ASIANS. GO SEE GEORGE TAKEI ON BROADWAY. HIT LIKE ON MY SLANTY EYED MAMA FACEBOOK PAGE. HIT LIKE ON ANY ASIAN ARTISTS PAGE. VOTE FOR THE ASIAN CONTESTANTS ON THE VOICE. STAND THE FUCK UP AND VOTE WITH YOUR DOLLARS. this is America. Money talks bullshit walks. Get involved by supporting writers who write asian stories. DO IT

The NAKED WHITE GUY on campus controversy at Wellesley College 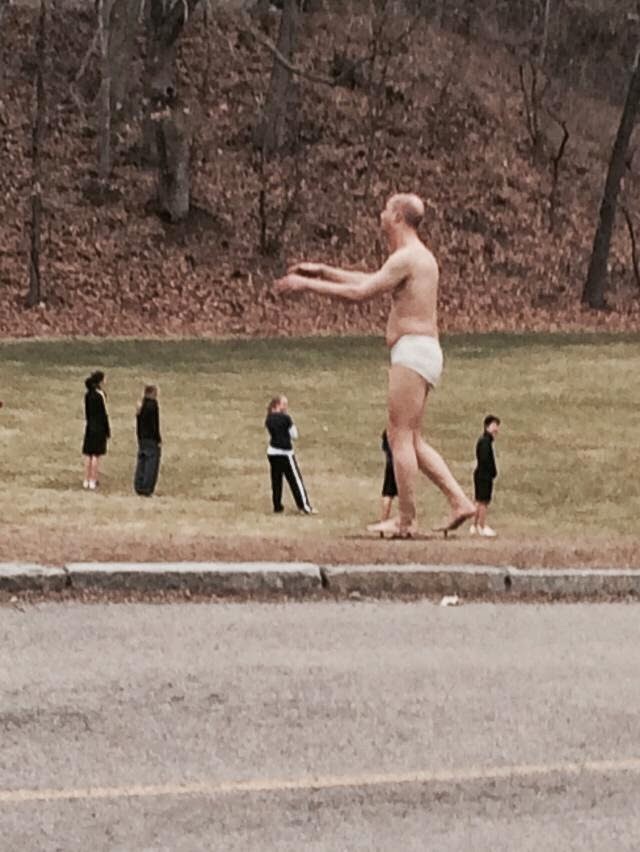 So Wellesley College is a women's college, (except for the M born F who are now straddling the gender divide and creating space for themselves there) Hilary Rodham Clinton went there and Madeline Albright and Nora Ephron and lots of rad people went there. And it's a private college. These are all important context for the story of the naked white guy sleepwalking in tighty whities on the side of the road on the way to the Pendelton building where we played a concert the other night. Tony Matelli who created the piece, was surprised by the stir it caused. Tears, girls protesting, angry letters the whole I'M OFFENDED as a core identifier amongst the emotional throngs of undergrads who told me their reactions were "frightened, triggered, offended, angry" and a host of other negatory feelings of infringement. 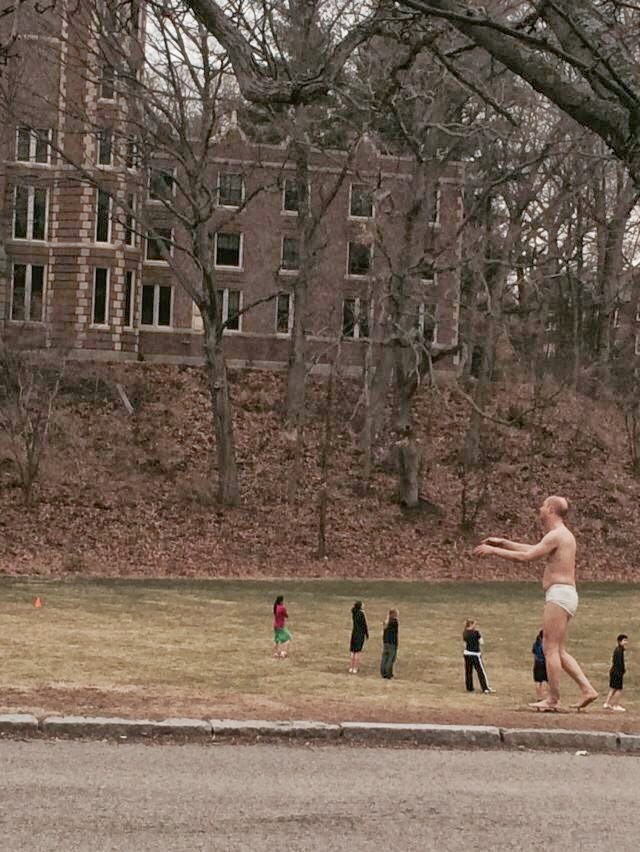 Here is what I asked the girls, "Would your reaction be different if it were a sculpture of a white woman sleepwalking in panties" (they didnt need to answer that one, I could predict similar reactions of outrage and rancor, "What if it were a black man, would it be a perceived as a racist sculpture? What if it were an asian woman? a small child? A St. Bernard? all in various stages of undress?" "What if a Christian group saw this thing would they react differently? What if a group of muslims saw it or black activists or old Harry Potter fans?"

This is where the act of art occurs on something like this. In the reaction. In the perceptions and the point of view of the audience. I don't even think the artist knew what he had created. Because honestly it's a dude sleepwalking. In underpants. It's a kind of blank canvas if you remove your own politics or feelings, or herstory, or ideological stance. It's a dude. Walking. He isnt even naked.  His nudity is implied, his sameness his state of vulnerability, asleep undressed, implied.  A world of reactions dresses him up alternately as racist, homophobe, rapist, colonizer.

I did point out that since it is a private college, technically the girls deserved an open discussion forum, a chance to react since their tuition in part pays for the campus projects. But if this had been a city street outside a gallery, the same brouhaha would likely erupt, with different argument points. It is good they protested and belly ached. That's their right as the audience.

I hope, despite all the feelings of "offended" (a mighty uncreative place from which to work btw and silencing and shut down) nonetheless i hope they enjoyed it, this beautiful intersection of artist and audience showcasing the way we really all paint our own canvases, we really co create each piece of art as the audience. A magnificent dialogue and opportunity for self examination.

I am still wearing my Jeremy Lin jersey (actually I have two NBA Knicks Lin Jerseys and one tshirt) all over town with the insane pride that against all odds Jeremy Lin just stuck at what he does and kept doing it and doing it and kicked so much butt last season on the Knicks. (somewhere his asian mom is saying "why didn't you kick TWO butts?") You gotta wear the colors when someone from an under-represented demographic proves all the stereotypes and the predjudices and the exlusionary politics wrong. In case you need a lexicon:
Asian men suffer in this country from, amongst other things, the perception that they are:
Not athletic
Nerds
Un sexy
Quiet
Meek
Sort of gay
Un cool
Easily dismissed
Second bananas.
Hardly the stuff that American role models are made of. So when a guy like Jeremy Lin kicks butt in an Arena So unused to seeing Asian Americans prevailing, and surrounded by his sterotypically higher status race-as-athletes, it is a moment to hang on to. Tiger Woods is part of that too and I am so glad he calls himself Cablinasian no matter what anyone else says. And that scandal, well once in a while, seeing an Asian man as a skirt chasing Lothario who makes the girls swoon, that aint such a bad thing for the rest of the guys out there. Self esteem = the ability to get up in the morning, try, strive for your dreams. We are crippled without it. So Jeremy Lin, I am wearing your Jersey to remind everyone that WE ROCK.